Dom&Ink talks growing up LGBT+ on Just Like Us’ podcast

Author and illustrator of Queer Power, Dom&Ink (he/they), shares his experiences of growing up gay at school, coming out and illustrating queer icons on Just Like Us’ new podcast series.

On growing up LGBT+

“For me growing up at school, there wasn’t really that much representation of LGBT+ people. I first learned about LGBT+ when my mum and dad briefly discussed it – I think something came on TV like a news report and they were like ‘we’re not going to talk about that now’.

“LGBT+ history was never taught at my school. I’m still learning now! That’s why with Queer Power we’ve got queer icons like Billy Porter but then we’ve got people that you may never have come across before.

“Growing up there’s a severe lack of stuff but you didn’t even know it existed to know that it’s lacking. Then finally you get out of school and you learn stuff and it’s amazing.”

“To be honest, I remember just one day I was like ‘I’m just going to come out’ and I dared myself to do it – I don’t know why I thought it was a good idea. I told my mum and dad and at home it didn’t go down very well. I’m from a very traditional Roman Catholic family. At college though, people were quite accepting and there were two other openly gay people there – I could spot them because we all wore double denim! I still got called gay boy and everything. I think college was a bit of an easier experience than school was.

“What helped was that at college there was a counsellor. I just thought you know what, I don’t know what I’m doing, I don’t feel like my parents get me, so what I’m going to do is see the guidance counsellor and they really helped. I think if someone young is listening to this, if there’s anyone that they can speak to – whether that’s a teacher or a guidance counsellor at college – they might be able to help.”

On his book, Queer Power

“We’ve had really great reactions – I didn’t realise a lot of them were parents saying it’d helped them open up conversations with their kids. One parent of a trans son and he hadn’t spoken to her for like a week or two. He’d just gone really quiet and she was really worried about his mental health – she gave him the book and he came back to her a day later, he’d filled it all in and they had a massive chat. She said ‘we had conversations that we never would’ve had but your book helped as a catalyst’.

“It shows the importance of having a LGBT book for ages 12+ and having that representation at that age really helps a lot.”

“When I came out, it didn’t go down well at all. It took over a good decade to sit down and even have the conversation properly again. But in that time, I realised that you ultimately have to find your own closure in the fact that there isn’t any closure. So you have to kind of know that that is an on-going thing that is just going to sit there a box in your head but you’ve just got to realise that you’re still doing everything right, you’re being who you are.

“I do think time and education helps a lot. Now they’ve got to a point where they understand it a bit better. They love a bit of Free To Be Me, my mum recommended it at the church book group and I do actually love that they’ve got to that point. And my sister’s always been amazingly supportive.”

On what he’d tell his younger self

“I’d say to my younger self to keep going, work through it, it will get better. There was that point where I was like I literally don’t have a safe space, I’ve got no friends – that’s one thing I would remind myself: to keep going through it. When you do find that community, it’s really a beautiful, full-circle moment.” 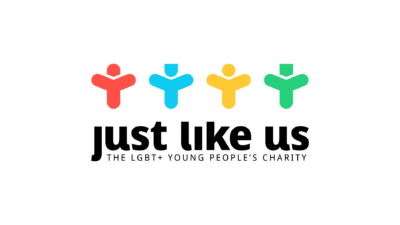 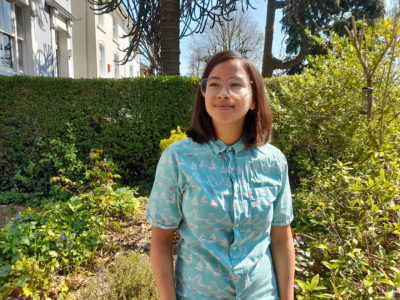