LGBT+ school pupils are twice as likely to have been bullied and 91% have heard negative language about being LGBT+ (lesbian, gay, bisexual and trans) in the past year, a new independent research report by charity Just Like Us has found.

The independent research of 2,934 pupils aged 11-18 (1,140 of whom were LGBT+) and 513 educators across the UK was conducted independently by Cibyl and found that pupils in schools with strong positive messaging around being LGBT+ were also less likely to experience suicidal thoughts and feelings.

Only 33% of LGBT+ pupils say there is a clear process for reporting anti-LGBT+ bullying in their school.

The report, Growing Up LGBT+, found that pupils whose schools had positive messaging about being LGBT+ also had reduced suicidal thoughts and feelings – regardless of whether they are LGBT+ or not.

LGBT+ school staff are afraid to come out

The independent research also found that only 40% of LGBT+ primary and secondary school staff are out to their pupils, signalling that the majority of LGBT+ teachers feel forced into hiding who they are, their families or who they are married to at work.

Further key findings from Just Like Us’ report Growing up LGBT+: The impact of school, home and coronavirus on LGBT+ young people include:

Just Like Us’ report, Growing Up LGBT+, was conducted independently by Cibyl, the largest provider of market research and data into students’ and graduates’ career thinking.

Dominic Arnall, Chief Executive of Just Like Us, has called for primary schools, secondary schools and colleges to demonstrate to their LGBT+ pupils that they are safe and welcome in their places of learning.

“Our report, conducted independently by Cibyl, into the experiences of LGBT+ young people growing up in the UK in 2021 has revealed some horrifying news – LGBT+ pupils are twice as likely to be bullied and contemplate suicide but the good news is that schools with an inclusive culture also see a reduction in pupils’ suicidal thoughts and feelings, and have a positive impact on all pupils’ mental health, regardless of whether they are LGBT+ or not.

“We are really concerned too by the high number of school staff members who feel they have to hide being LGBT+ in their jobs and it is awful to see that Section 28 continues to have a knock-on effect on school staff in 2021.

“The independent research undoubtedly shows that LGBT+ pupils are disproportionately struggling but also shows that sending positive messages of LGBT+ acceptance goes hand-in-hand with positive outcomes for all pupils – School Diversity Week this 21-25 June is a fantastic way for schools to begin doing this.”

Richard Kaye, Head of International Public Affairs and member of the EMEA Diversity & Inclusion Council at J.P. Morgan, which sponsored the report, said: “We are proud to build on our collaboration with Just Like Us by sponsoring this latest piece of research commissioned by the charity to understand the impact of the COVID-19 pandemic on LGBT+ young people.

“The report makes for sombre reading and rightly calls for all of us to reflect on the significance of the challenges facing the youngest members of the LGBT+ community. Our hope is that these findings act as a clarion call for everyone involved in the care of LGBT+ young people, particularly schools and parents, to take action.”

Just Like Us’ independent research was carried out between December 2020 and January
2021. 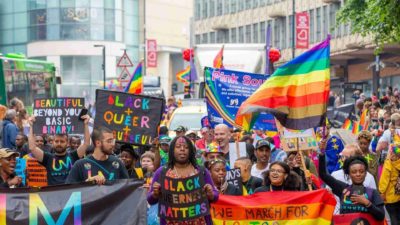